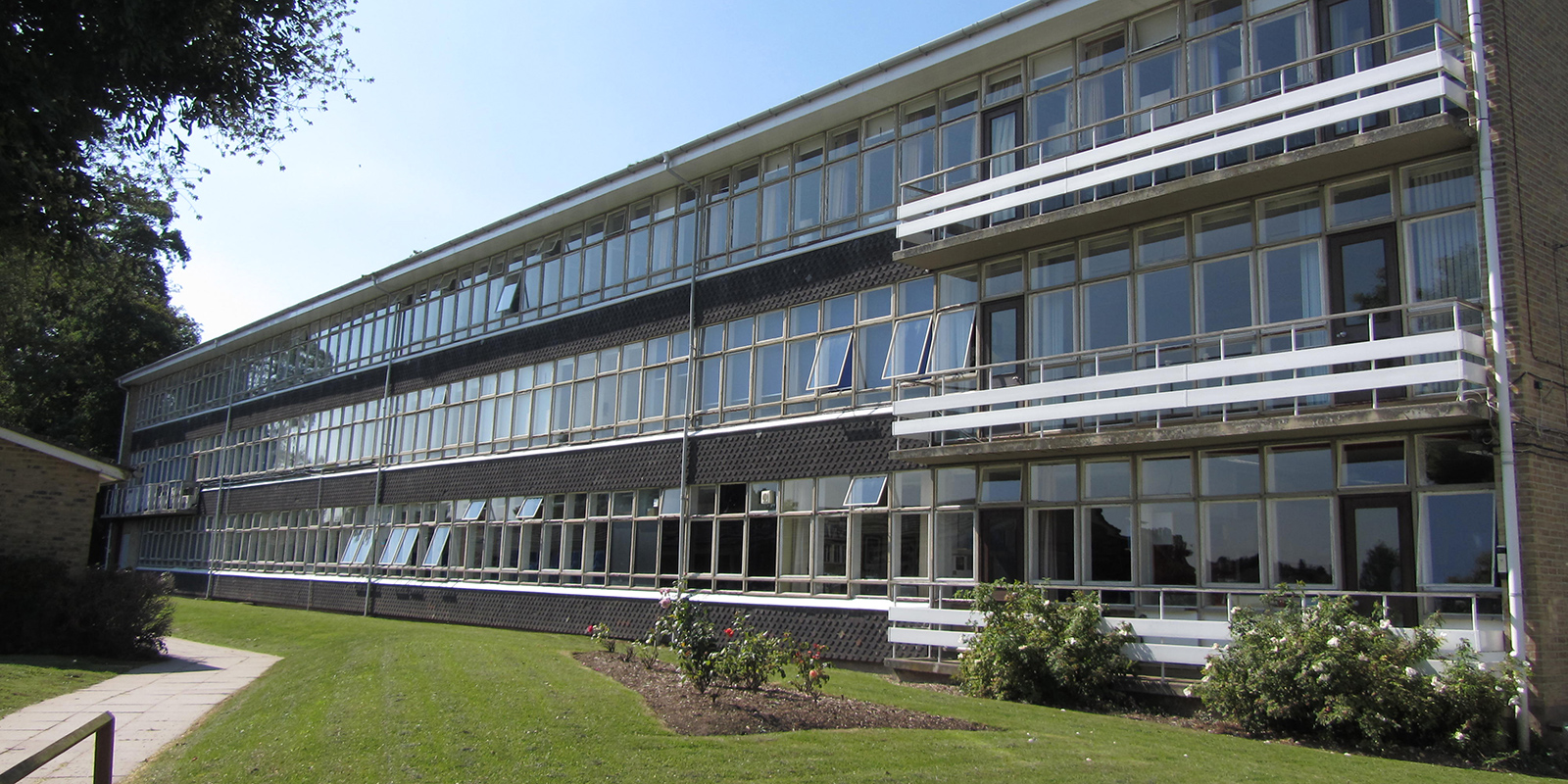 The exposed concrete was in very poor condition; sections of concrete were spalling and had fallen off, exposing corroded steel reinforcement— an ongoing maintenance and health and safety problem; repairs were undertaken in 2001 and 2005 but the repairs were themselves in poor condition; the lightweight mortar failed to bind and was spalling in areas.

The walls of the buildings had no thermal insulation; the existing windows were clear float single glazed metal Crittall windows. Classrooms are located behind the east and south elevations; the rooms suffered from solar gain and were hot and uncomfortable in summer— a situation exacerbated in the IT suites where air-conditioning was required to counteract the additional heat gained from IT equipment ( in these rooms, internal blinds on the windows were almost permanently left down to try and reduce heat gain and solar glare from the afternoon sun ). In winter, the building did not retain heat well and the school’s energy bills were high.

Clays were commissioned by the school to carry out concrete repairs and refurbish the façade of the main and science blocks; following the disappointment of being dropped from the BSF programme in 2010, the school wanted a fresh new look for the school buildings to send a positive message to the school community. Clays also carried out a feasibility study that demonstrated that extending the blocks to create a new Sixth Form Centre would be uneconomic— extension work would bear the extra-over costs of temporary accommodation for 16 classrooms; the original buildings had not been designed for disproportionate collapse and the cost of structural work for any extension would be disproportionate to the net area gain.

Turning our attention to the façade works, a heat gain and natural ventilation analysis was carried out using Classcool and Classvent software.

• The removal of all horizontal concrete window transoms and repair and protection of exposed oxidised metal reinforcement to the balconies.

• Reducing the number of windows to the IT suites to the minimum required for natural ventilation to BB101. Solid composite panels rather than clear glass panes were specified on some of the windows in order to further reduce heat gain and solar glare.

• Replacing the existing Crittall windows with double-glazed aluminium windows designed to be fixed in front of the exposed concrete columns, thereby protecting the reinforced concrete elements from the weather, reducing cold bridging, interstitial condensation and further concrete failure. The new windows had a maximum U-value of 1.8 W/m2K and were doubled-glazed with an outer pane of low E glass with a solar transmittance of 0.4 or below— resulting in a 52% reduction in solar transmittance without significant loss of daylight transmittance.

• Replacing the existing ‘fish-scale’ tile cladding with rainscreen cladding ( cedar on the east façade and Trespa on the west façade— which is in shadow and not suitable for timber ) to achieve a maximum U-value of 0.28 W/m2K.

The contract, managed by Clays, was let for tender and completed, within a tight budget, in 12 weeks in time for the 2012-2013 academic year.

In the process, 1,958Lm of defective concrete and cold bridging have been encased / removed. The rooms now perform significantly better which will prove beneficial to running costs and comfort— in summer, blinds are now left up and lights left off. The school is very happy with the look of the refurbished blocks. 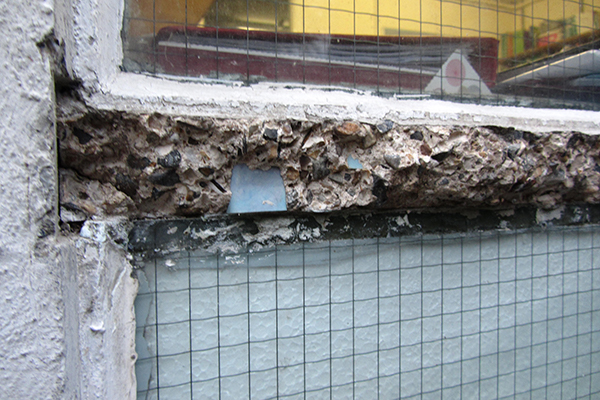 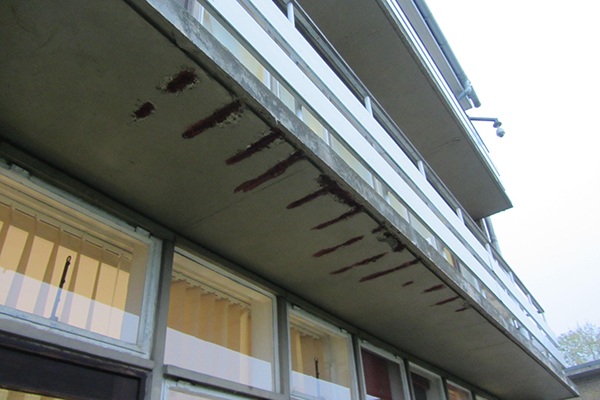 Exposed reinforcement to the balconies 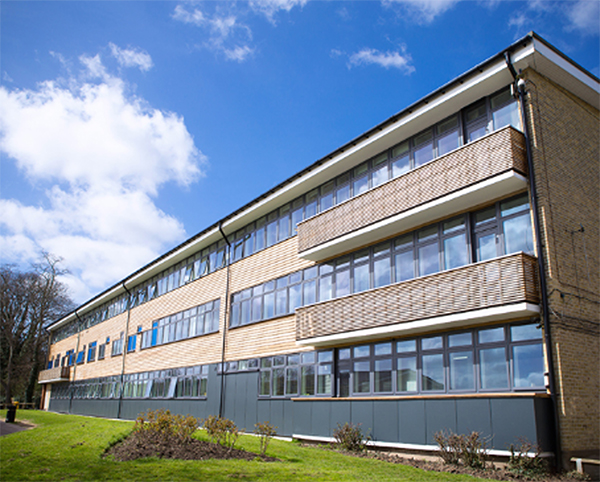 The main teaching block after refurbishment