If you google-earth Chatham Historic Dockyard or drive eastwards towards the Medway tunnel you will see 5 linked large shed structures along the banks of the Medway: these are the covered slips no. 3, 4, 5, 6 and 7 built between 1838 and 1852. No. 3, the oldest surviving covered slip, is my favourite building inNorth Kent. Clays were invited to produce a competition design for converting No. 3 into an exhibition space in 2005. We didn’t win, but we did get to dream.

The earliest slips or slipways were large wet docks dug into the side of the river bank to build warships for the Royal Navy. A ship could take years to build, long enough for the timbers to rot if not careful— so large structures were built over the slips to protect the ship under construction. As technology advanced and the ships got bigger, larger and wider span structures had to be built over the slips.

Started the same year ‘Oliver Twist’ was published, No. 3 slip stands at the cusp of technological change: it was the last on site to be built over an earth dock ( the sides probably held back by temporary retaining structure )— the slightly wonky and skewed plan with a curved end has a real handmade feel to it. The use of cast or wrought iron had become feasible in buildings by 1938, but no. 3 remains a timber linked truss structure. The roof was first covered in tarred paper, soon replaced with standing seam zinc— perforated by a pattern of glazed rooflights. The river end of the structure was covered in sail cloth and rigging, unfurled when the ship was to be launched.

I’m told No. 3 was superseded almost as soon as its first ship was launched. Ship design and technology moved on to the next ( bigger ) stage, and slips 4, 5 and 6 were built in 1848 ( triplets, must’ve been a bumper year for ship orders )— designed by a sapper, Captain Thomas Mould ( good name ) and built by a co. from another Lambeth. 4, 5 and 6 are wide span metal structures that pre-date Paddington ( another building we like ) and Kings Cross train sheds.

I love the raw expedience of the junction detail between no. 3 and no. 4 slip— which looks literally as if someone ran a giant saw straight through the skirt of No. 3’s roof eave and said, ‘OK, now join no. 4 onto here.’ Not surprisingly, the join leaked. No. 4, 5 and 6 were soon superseded by no. 7 in 1852 ( another sapper, Colonel Godfrey Green )— one of the earliest metal truss roofs. No. 7 remained in use until ’66, but no. 3 will always remains no. 1 to me. You don’t get something properly extraordinary unless you stick your neck out or fly by the seat of your pants.

The slip was backfilled in 1900, and a steel mezzanine floor added— used as a store for ships and boats. You will occasionally see No. 3 moonlighting on TV ( car commercial ) or in the cinema ( Sherlock Holmes, Guy Ritchie, CGI-ed to death ).

Taken together, the 5 slips are a Chatham version of Marcel Duchamp’s 3 Standard Stoppages, AKA Canned Chance, in which Duchamp threw three 1 metre lengths of string onto a carpet, one after the other, fixed the strings in the shape they landed in, then made rulers out of these shapes, to be used as the ‘rule’ or ‘standard’ with which he made his subsequent constructions ( the network of stoppages for his Bachelors, for eg ). www.tate.org.uk/servlet/ViewWork

To me, Canned Chance and the 5 Chatham slips perfectly describe the creative or productive process: you can try to do exactly the same thing 3 times, but the results will never be the same. You have the same brief three times and get a different building out of it each time— circumstances, resources, experience, technology, fashion—everything changes, all the time. 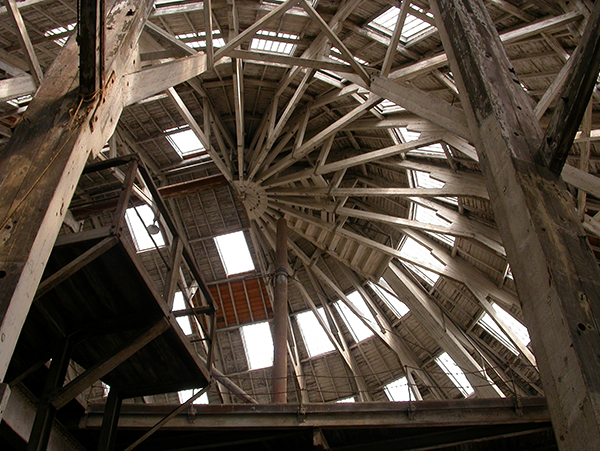 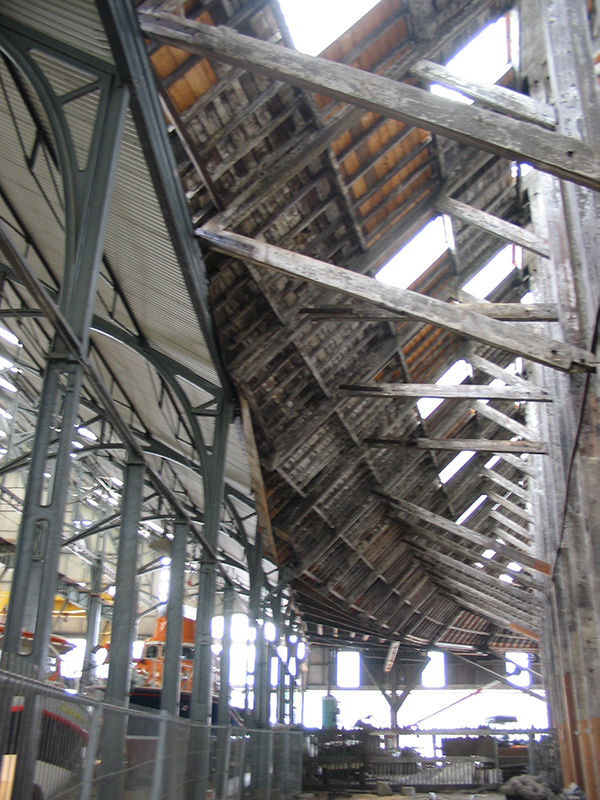 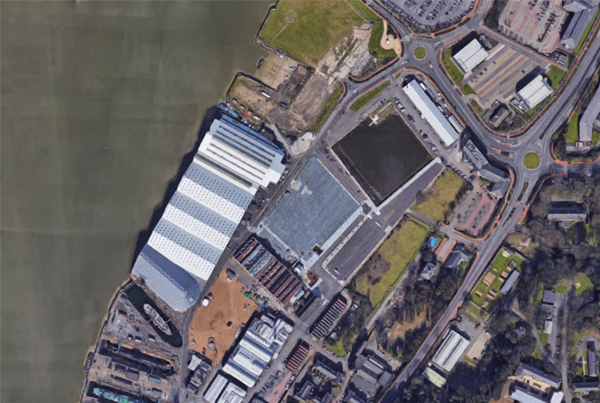